Custom Gages: You’ve made it, but can you inspect it? 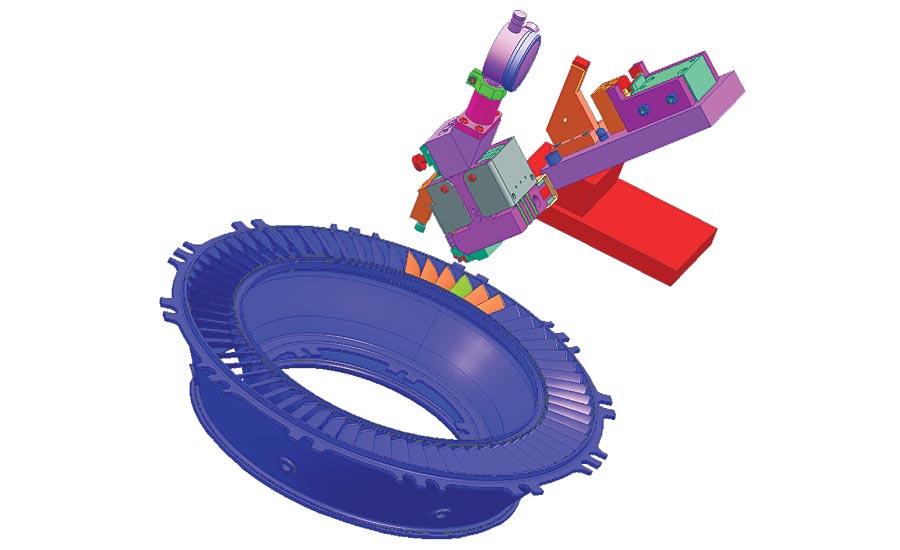 From calipers to micrometers, to indicators and all manner of gages and metrology equipment, there are literally hundreds of standard off the shelf solutions for measuring the vast array of parts that manufacturers make. And with the often-assumed mantra of “if it can be made, it can be measured,” why would any manufacturing entity or inspection department be concerned about measuring a part, regardless of its complexity? Well, in metrology, as in life, there are a healthy number of exceptions to the rules.

Consider an exotic aerospace defense part with a labyrinth of grooves, vanes, holes, slots, shoulders, lands—a non-standard part worth well into five figures per unit. After designing and manufacturing the part, the manufacturer realized there was no way it could accurately measure the part. Pressed to deliver the part, the manufacturer sought a solution for the quandary and consulted our special gage division. After quick and intense analysis, a solution was drawn up, approved, and a custom designed and built gage was provided that ultimately solved their problem.

Going Custom: How and When to Decide

By examining a new product manufacturing program in depth well upstream during the design process, part feature inspection problems can easily be avoided. When a manufacturer launches a new program to make a complex or non-conventional part, among the key things it needs to determine besides how many parts can be made, the cost per part and how fast it can make them is how will the part be inspected and how long will the inspection process take?

It is not unusual for a company to design and make parts, only to discover that the parts cannot be properly inspected or the company has assembled a crude or rudimentary gage to attempt measurement. However, bringing custom gaging professionals into a program at the design stage or even before production ramps up is critical. Supplying prints and prototypes of the product is also very helpful, as well as knowing what the project timeline is and a budget range for the special gage solution. Both of these factors are also important, in addition to keeping an open mind on the solution. At times, a manufacturer may have a preconceived notion that a special gage will take “X” amount of time to design and build and cost “Y” amount of money, only to learn that the actual gaging solution was simpler, faster and under budget. In other scenarios, designing a more engineered solution for a complex application could take two to three months or more and require a significant investment. Whatever the situation, having advance notice and involving experienced gaging engineers early on in the process is vital to a successful program.

Specifying: Best Practices and the Process

Having an upfront dialog on the application details will set realistic expectations for the project. However even initial notice alone will not address all potential issues. Consider this real life example where custom gaging engineers have only been provided partial information about a job that outlined the part design details, as well as budget and deadline requirements. The special gage was created and approved for delivery by the customer. However, once in-house and ready to be used, the gage did not perform as intended due an interfering fixture that prevented the gage from reaching the part. No information had been provided about the fixturing setup. The gage had to be modified to the required diameter and drop criteria, which resulted in added time and cost. This actual instance could have been avoided if all information, including the fixturing details, had been initially communicated.

To facilitate a comprehensive, open dialog it is also important to note that if a project is of a confidential nature, the special gage supplier should be willing to sign a non-disclosure agreement.

Here are the general steps to expect during the special gage design and build process:

Letting your imagination run wild, here are but a few of the ways that special gaging can solve inspection challenges.